5 Compelling Reasons to Do Pilates 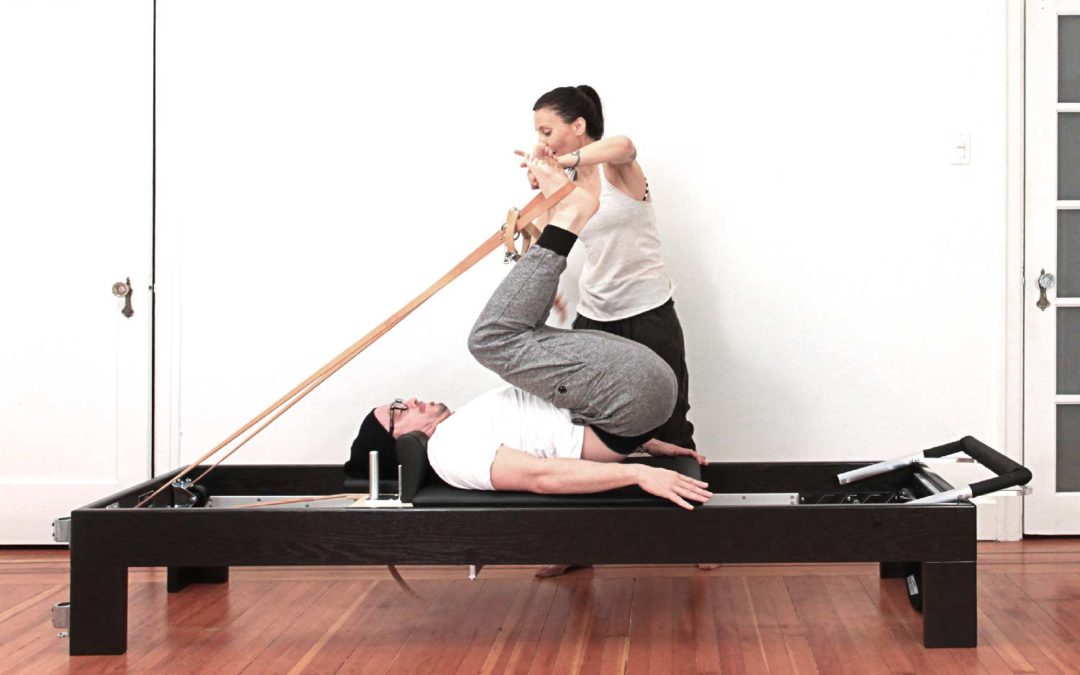 What would you think of an exercise modality that improves your posture, strength, flexibility, agility, balance, cognitive functions and mood? Read on to find out 5 top reasons to do Pilates:

Pilates is well known for developing body awareness and intrinsic strength in your core, also  known as the “powerhouse” which includes the back, glutes and pelvic floor as well as around the joints such as ankles, knees, hips and shoulders. By strengthening intrinsic, stabilization muscles around key areas like the hips, ankles and knees, functional strength-the strength to do actual, physical everyday tasks such as lifting children, bringing in the groceries or moving heavy objects improves and stays with you well after you have left the studio. When you learn to focus on strength that improves your overall alignment and movement potential it creates a sense of confidence.

Exercise in general and Pilates specifically, boosts neurotransmitter chemicals that are released during exercise. This leads to an increase in serotonin levels in the brain which, among many functions, improves mood, increases testosterone and lowers cortisol. Cortisol has an important role in helping the body deal with stress but it has been well documented that high levels of cortisol over a prolonged period of time has negative consequences in the body including a weakening effect on the body’s immune response. Exercise improves cognitive functions and emotional behaviours as well as enhanced brain plasticity and adult hippocampal neurogenesis (the formation of functional, mature neurons from neural stem cells in specific brain regions in adults). Overall, the hormonal and neural effects that exercise can have on your body stabilizes and sustains mood levels which can help curb your cravings for sugar, sweets and caffeine, enhances memory, coordination and muscle control as well as have a positive overall impact on stress management.

Pilates can burn significant calories per hour depending on your size, awareness and fitness level and intensity/execution. But if you are looking to drop your weight, you must also drop the sweets.  No amount of exercise will slim you down if you promptly replace it with the same amount of calories-most efficiently done with overly processed foods and sugar.

So looking first at the quality of food that you eat and also at energy expenditure is essential to a successful weight reduction program. To calculate your energy expenditure in a given exercise the use of apps and devices have become popular.  In general, an effective program will have an emphasis on increasing healthy foods and lowering caloric intake overall while increasing your energy output through exercise or increasing daily activity such as walking instead of driving, taking the stairs instead of the elevator as  well as a weight training regime.  While there seems to be conflicting evidence on “afterburn” following cardiovascular exercise, it seems exercise that disrupts the body’s homeostasis or workouts with high intensity, intermittent type of training yields the best results for exercise post oxygen consumption (EPOC). An article from the NY Times advocates for H.I.T.-high intensity interval training and discusses the possibility of it being the single best exercise to help control weight and increase performance.   How does Pilates fare in this debate? Matwork alone was shown to double caloric expenditure in a single workout. There were various results based on pilates done on apparatus equipment which has the added bonus of springs as resistance training, but I think Pilates which focuses on varying intensity (through the use of the jump board, for example) and exercises that focus on multi joint, slower twitch muscle fibres will have the most impressive results.  The reason Pilates is so effective is the same reason weight training and H.I.T. is so effective; it builds muscle strength, and endurance with the added bonus of lengthening muscles.  The re-education and awareness of effective movement patterns is a key feature of pilates which is mostly absent with other forms of exercise and can really go a long way to changing a body’s shape.

When you choose an activity that you are committed to doing regularly you develop consistency which can be comforting and potentially spill over into other areas of your life. This stick-it-to-itness quality is a marker of success and in achieving your goals. When you develop the discipline to commit to something that improves your life,  you may also have adopted greater life satisfaction and coping measures as a result of your commitment.