The principles of natural movement inherent in the Classical Pilates Method is the lens through which we observe and address biomechanical inefficiencies. Using specific Pilates techniques, imagery, classical apparatus as well as “hands on” spotting and cueing, we analyze gait, posture and muscle imbalances and teach you how to take ownership of your movement practice. At Reform Pilates we teach movement as dynamic and interconnected and routinely customize and adjust the repertoire to suit the unique bodies that we are guiding. By limiting our “group” sizes to only three people our students get maximum attention in a semi-private setting for the cost of a regular class.

The Classical Pilates repertoire consists of exercises designed to address the whole body so that range and ease of movement, flexibility, and strength is re-gained or achieved in a balanced way.  At Reform Pilates students learn the building blocks necessary to build strength in a fun, interactive and supportive environment. We teach progressive, awareness based movement skills that have functional, real life application and we build upon that foundation to deliver authentic Pilates workouts. Please contact the studio to inquire about our individual or semi-private sessions. 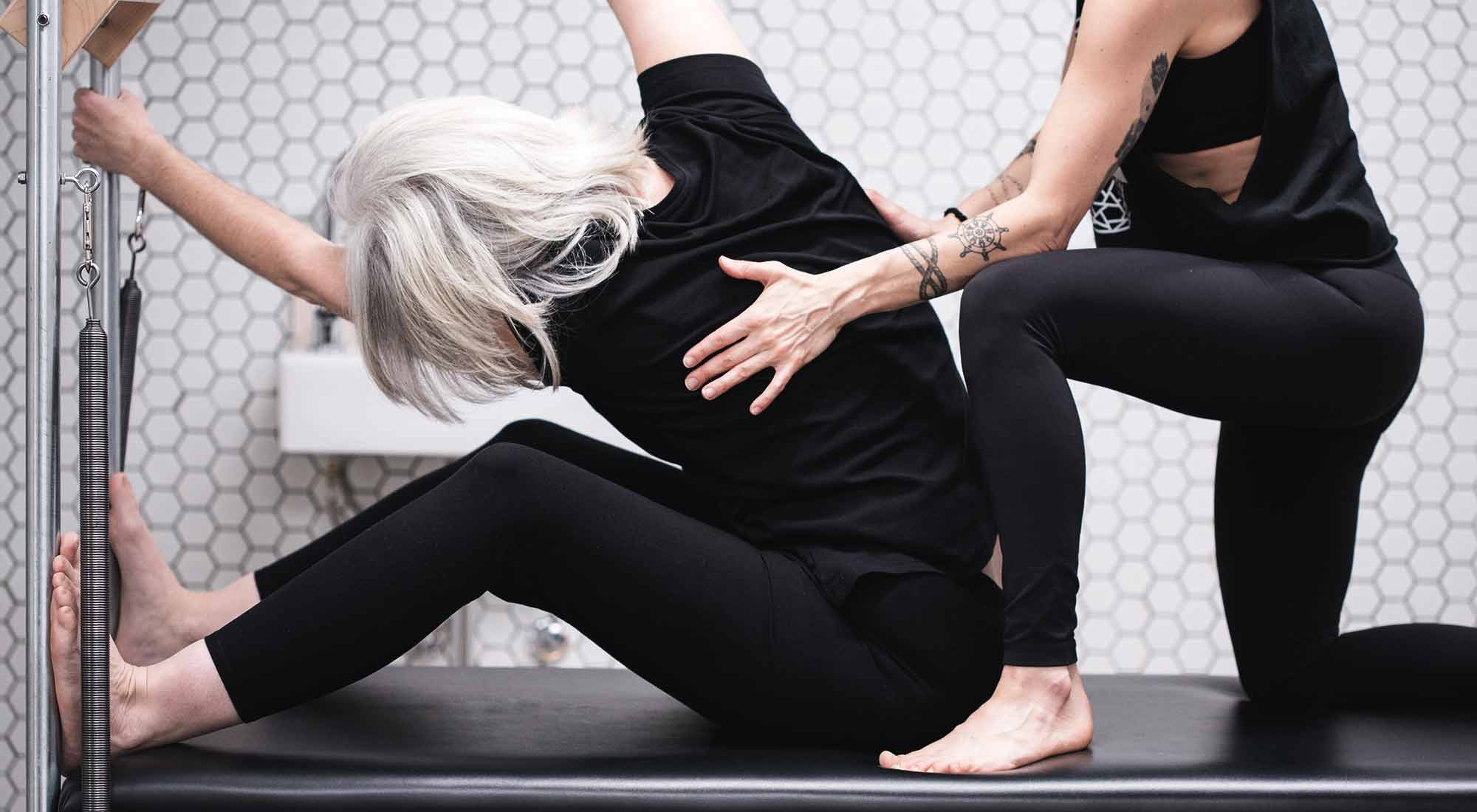 Private Sessions are one-on-one sessions for those with special considerations, recovering from injuries or requiring customized movement training expertise. These customized sessions focus entirely on supporting your movement practice.

END_OF_DOCUMENT_TOKEN_TO_BE_REPLACED 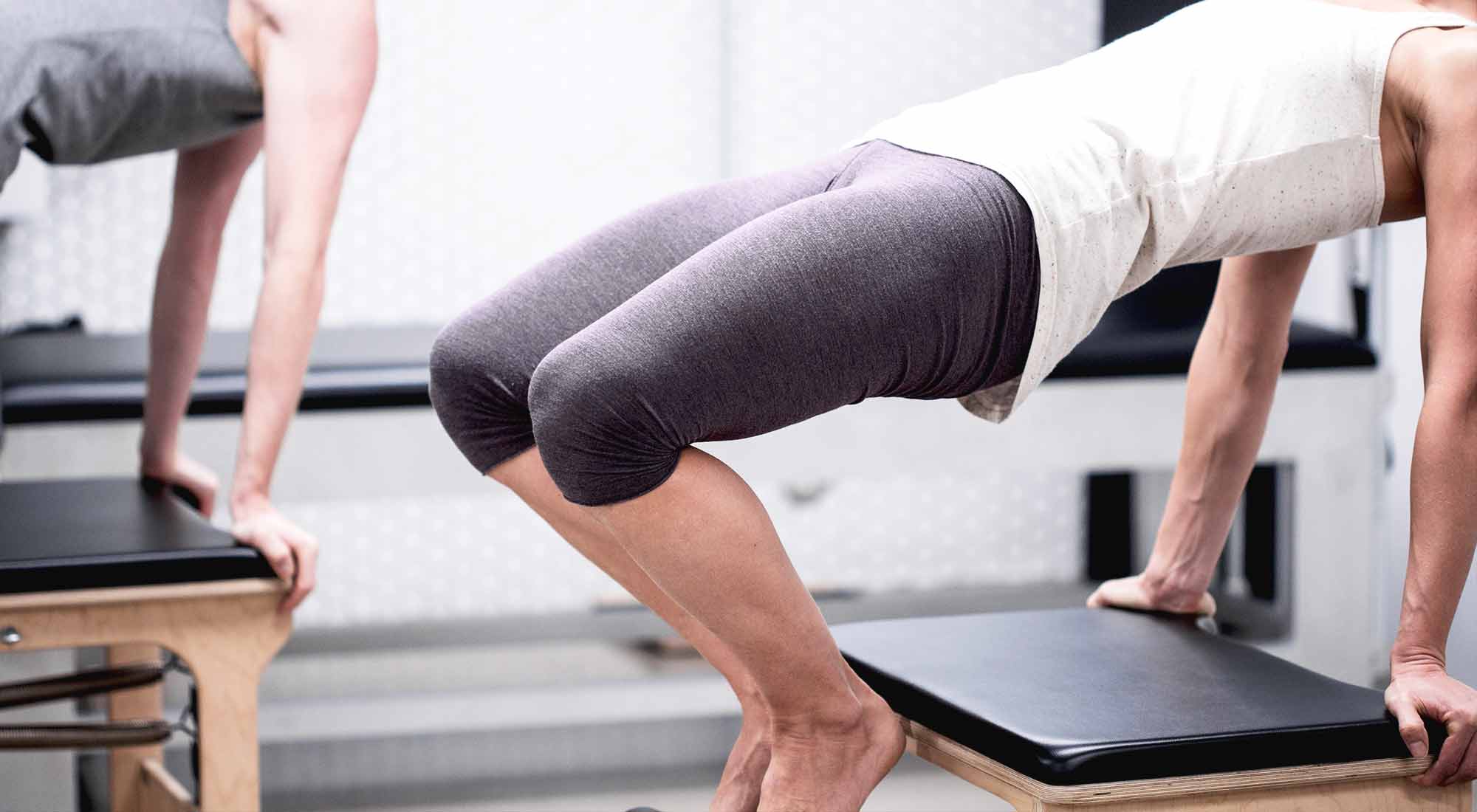 Our Fundamentals Series is a Semi-Private consisting of only 3 students. The series runs for 8 consecutive weeks and introduces you to the Pilates System and helps you establish a strong foundation to continue into our leveled programs or to enhance your current movement practice.

END_OF_DOCUMENT_TOKEN_TO_BE_REPLACED 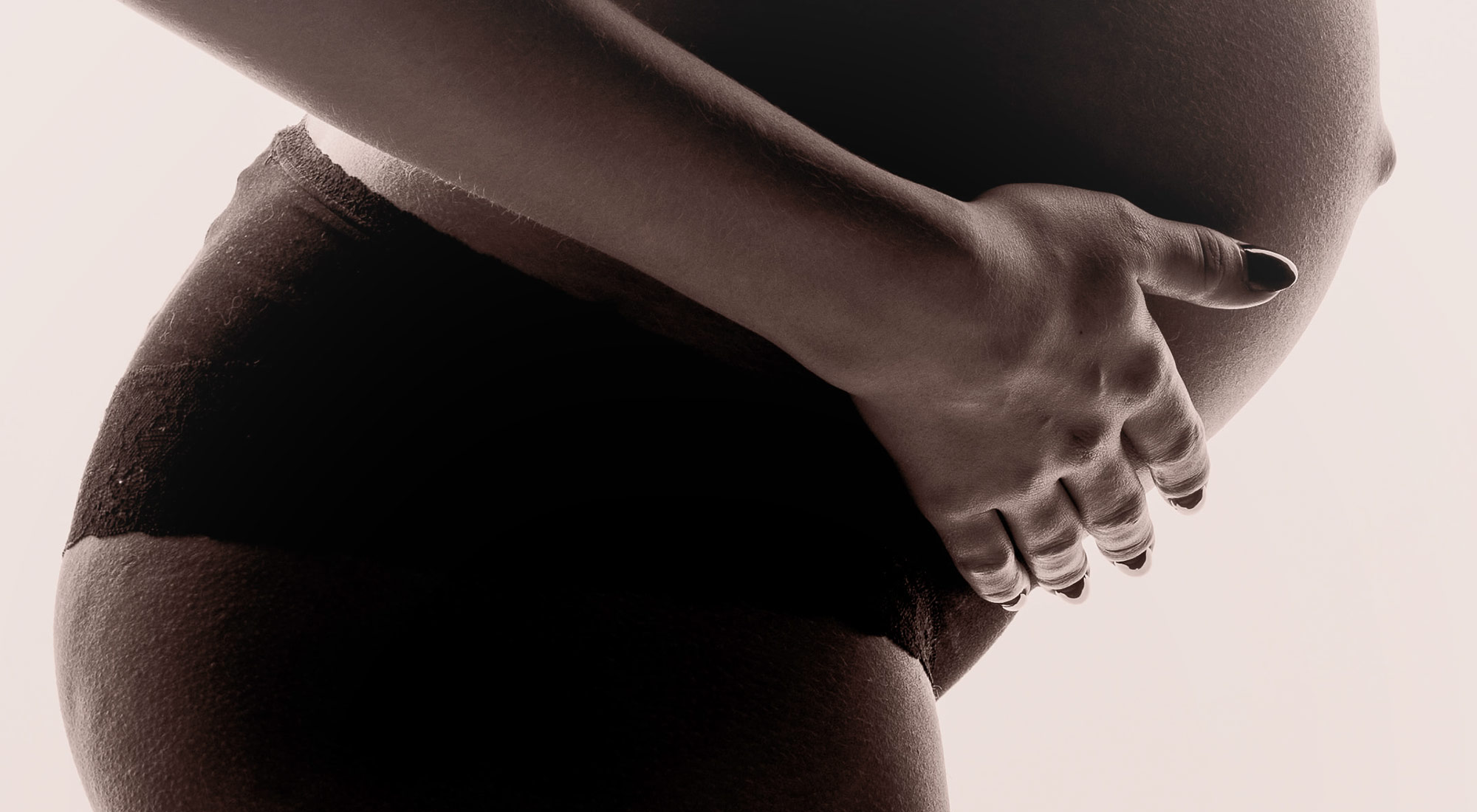 Learn and experience the Hypopressive Technique © in our Pelvic Floor Health Series to help support function and suspension, sexual perception and urinary and anorectal continence. With specific modifications Prenatal students can benefit from this technique as well as anyone experiencing back pain, Hypotonic PF, Pelvic Organ Prolapse, Hypertonic PF and Diastasis of the Rectus Abdominis.

END_OF_DOCUMENT_TOKEN_TO_BE_REPLACED 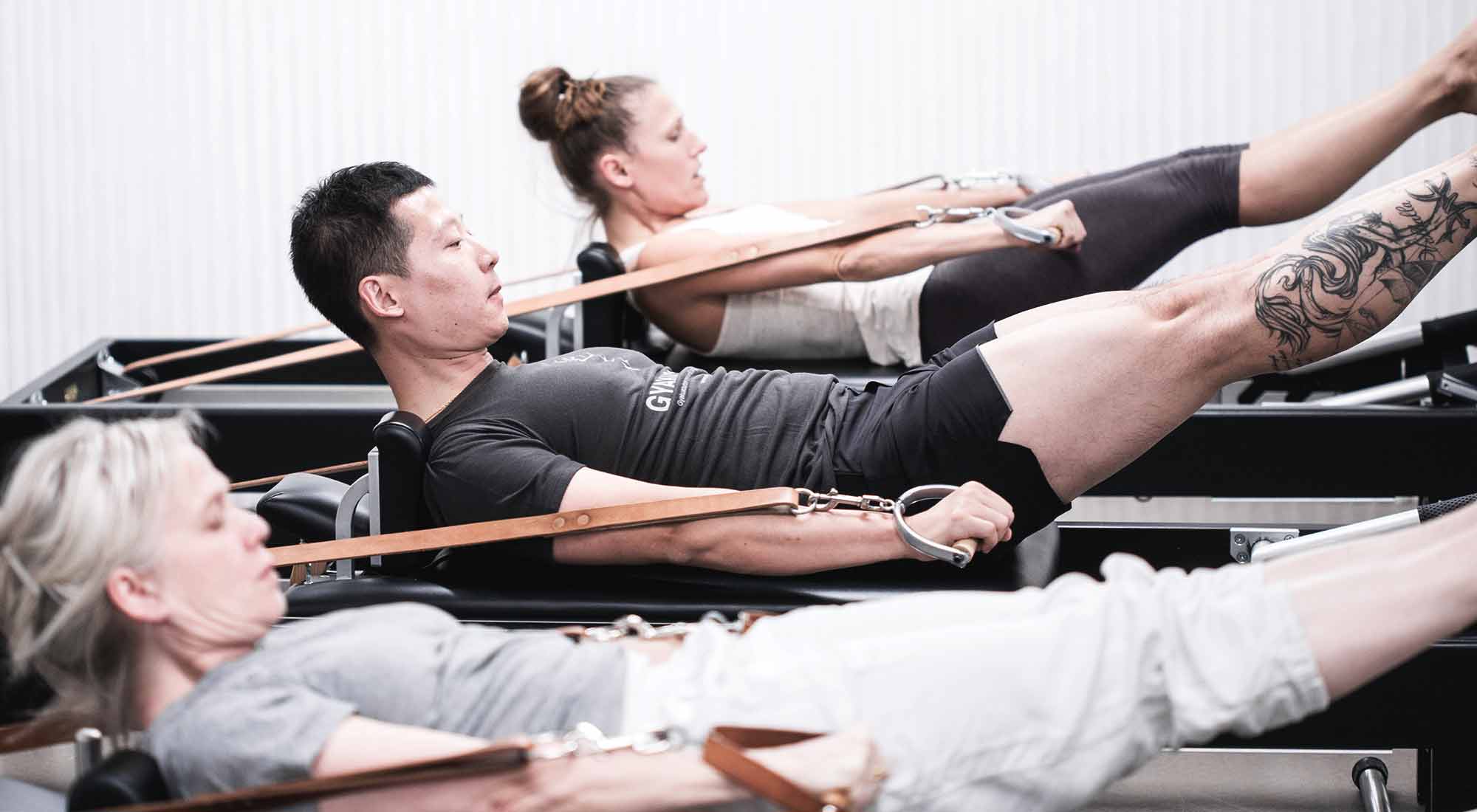 ‘Apparatus’ at our studio includes Reformer, Wunda Chair and Barrels. Students must complete Introductory 5 or the Fundamentals Series or have previous experience with Classical Pilates. Our programs are structured as semi-privates instead of larger group formats. We guide you through the Classical repertoire safely and can help you build to intermediate level training. We also offer Open Studio sessions which are self directed workouts and provide students with access to the Cadillac and Ped-o-Pull. Apparatus provides unique neuromuscular feedback to help you become more aware of your body and to connect you more deeply to your Pilates practice, however we teach an integrated approach that includes the original Pilates exercises done on the Mat.

END_OF_DOCUMENT_TOKEN_TO_BE_REPLACED 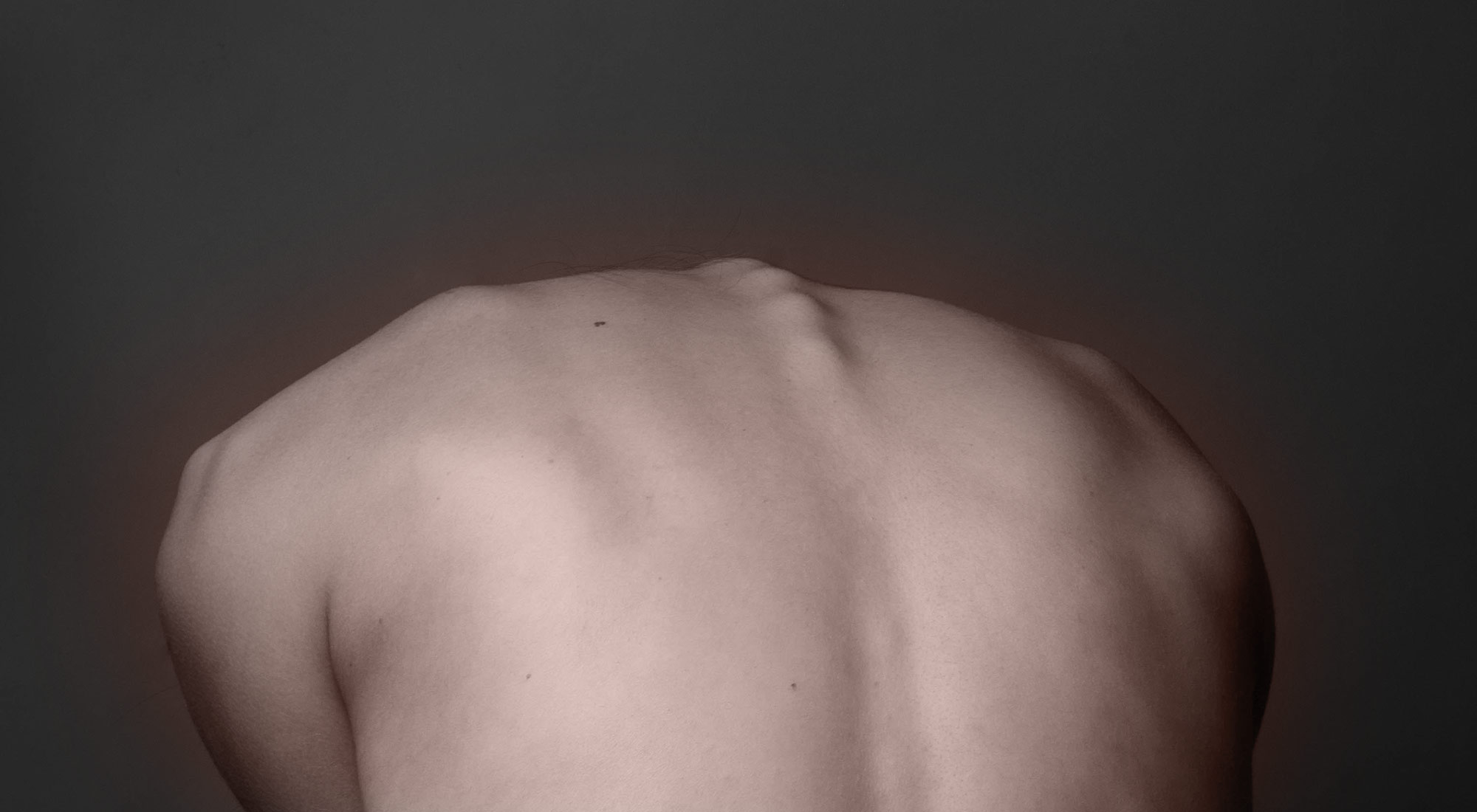 Back pain is one of the most common medical problems and can affect anyone at any point in life. But did you know that psychological attitudes and mindset also play a role in managing and responding to pain?

BETTER BACK CLINIC can identify inefficient movement patterns that are creating the pain-cycle and calibrate the movements to help you restore function and examines how emotions can play a role in perpetuating and maintaining pain cycles.

END_OF_DOCUMENT_TOKEN_TO_BE_REPLACED 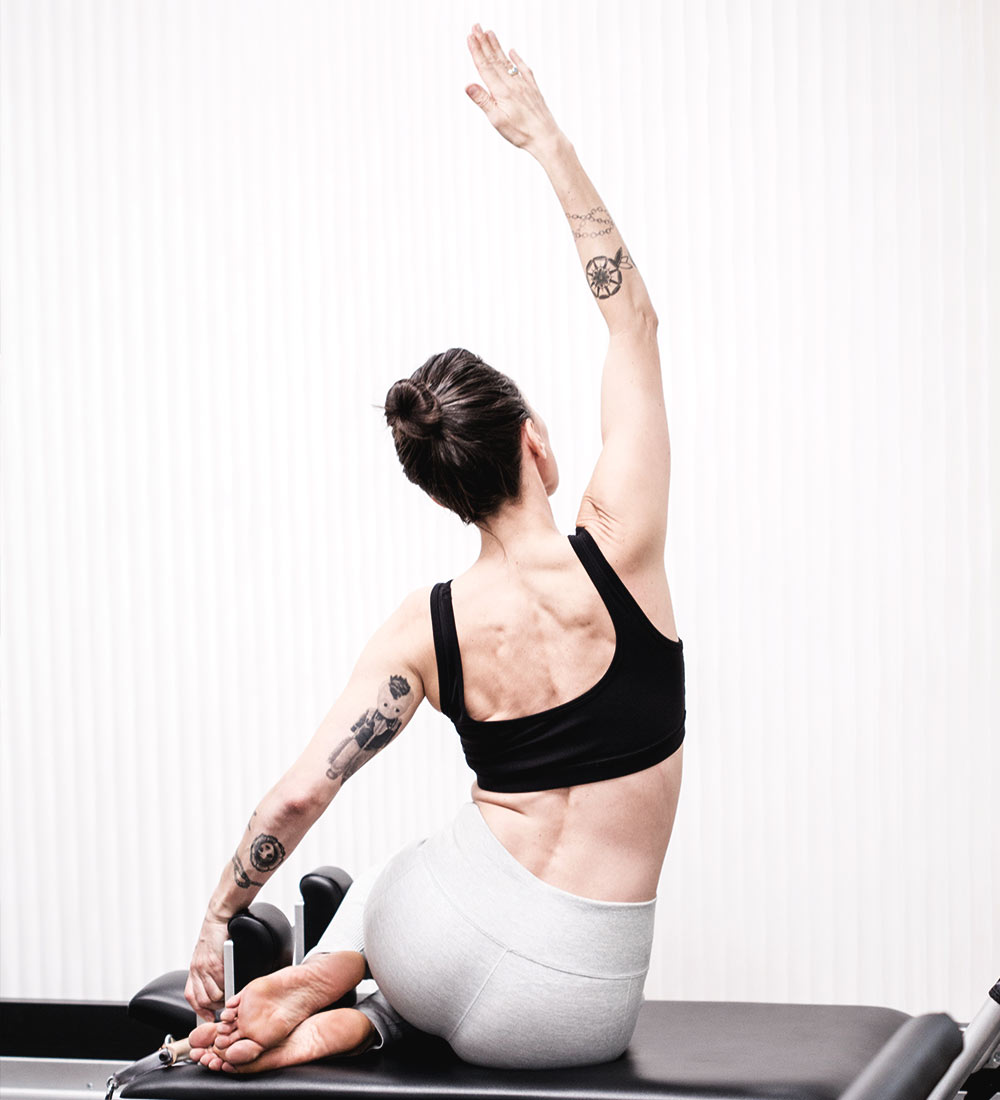 Your
Physical
and
Emotional
Reset

The Pilates Philosophy which emerged with Joseph Pilates’ 1954 book Return to Life Through Contrology is a vision of health and well being that gives context to his exercises.

Joseph Pilates named his movement regime ‘Contrology’ based on his observations of the natural movements of domestic pets and wild animals. He believed the mind and the body must actively engage to achieve physical fitness. Movement Principles are elements you learn in the Classical method and are present in the successful performance of all the Pilates exercises.

It’s inconceivable that Joe intuited the science of mindfulness in 1945 yet he writes, “One of the major results of Contrology is gaining the mastery of the mind over the complete control of your body.”

What he hadn’t yet discovered and what has taken scientists until recently to measure is that our brains are changeable. The term neuroplasticity has gained traction and used commonly in reference to our ability to create new connections between brain cells. By mastering new skills we not only improve neurological function in our brains, we improve motor function and postpone the ill effects of aging, decreased brain and body functions and more.

This was so fun to put together with @elsa.room4pi

It has been well established that there is a stron

We love celebrating and supporting other Teachers!

@elsa.room4pilates has been an incredible force, a

The spring edition of our #contrologist tank is he

March is almost done and so is #marchmatness 🔥.

We are almost half way through our 30 Day Challeng

🔥Our Spring Sale is on. Enjoy 50% off personal

Contrologist tee for all you control freaks 😈 #

Do you feel us? In order to correct posture, shift

Can you see it? Arms, Back, Seat and Stomach. #ref